Students will be fully coached in class by Officially Certified Chubbuck Acting Coach Elsy on how to use their emotions and create winning roles.

The Power of the Actor: The Chubbuck Technique — Is a 12-Step Acting Technique That Will Take You from Script to a Living, Breathing, Dynamic Character!

Step-By-Step Actor-Coaching Using The Most Successful Hollywood Acting Technique To Fire Up Your Performance & Help You Become A Powerful Actor!

The Coach works with 8 actors, whom she selects on the basis of their CVs, headshots, and showreel. About a week prior to the intensive class, she assigns them a scene that they need to prepare on their own. Then in class, we’ll work on it on the basis of the 12 steps explained in Ivana’s book, ‘The Power of The Actor’. In addition, they need to rehearse with their scene partner a minimum of 2 hours before each class.

In order to recreate real human behavior and truly be in the scene (and avoid “acting” it out), I will coach you to go to the source of what motivates human behavior.

We will go directly to the script doing script analysis from the viewpoint of the science of behavior. How and why people really behave.Thus, we will look at the psyche of the character in the script and see how that particular character negotiates life. Then, using the Chubbuck Technique, I will coach you to replicate the character from your own personal needs and life experiences. This creates a character that is vivid, authentic and living and breathing in the moment.

The Chubbuck Technique is a way to realize and embody a character so that character becomes you, and you become the character.

We will work together on scenes from movies or plays and get you in “NAIL IT!” condition. You will learn how to breakdown your script/scene or monologue and fill it all up with powerful choices from your life experience.

Based on my experience coaching lots of actors, as well as my self as an Actress and got trained with the best in the world Coaches like Ivana Chubbuck and Tony Robbins,
I will guide you to becoming an Empowered Actor and help you by giving the coaching that you need to dominate in the audition room and in every set that you’ll work.

How Does It Work?
I assign scenes based on a game plan that I prepare for each student.

I analyze and take into account your strengths and weaknesses, your problem areas and your history and assign material that will help you best facilitate your growth and advancement as an actor and as an individual.

I coach you through all this process of the Actor-Prep-Work in a totally safe and creative environment. I will guide you on developing your acting skills and show you step-by-step how to make powerful script analyzing. I will give you all of the tools on how to connect with your character and your scene partner on a deeper level.
This process it’s a fun discovering and successful way to work with yourself.

Bonus – 1 h of private coaching online for the value of 100€ included in the Advanced training.
Monthly the scenes will be filmed and given to the participants as a courtesy. 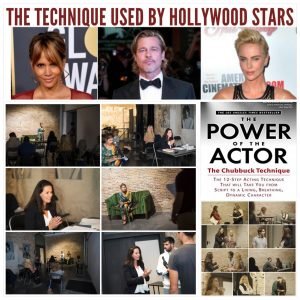